Brian Tanti is an internationally respected restorer and coach builder who is widely regarded as a leading voice in the car industry. As an experienced restorer, Brian is a co-presenter of Discovery Channel TV series Car Chronicles.

Brian has lived and breathed the motor vehicle industry his entire life. His career began more than 37 years ago as a panel beater working in the UK and Australia. He spent time in a Rolls-Royce dealership before landing a job in Lindsay Fox’s museum, where he rose to the position of Director. He has spent 27 years working for the Fox family as a workshop manager; building and restoring classic cars from Lindsay Fox’s $45 million car collection. At the Fox Museum, Brian also became the Manager of Vehicle Operations.

As a Coach Builder, Brian quickly accumulated a reputation for excellence; several of his restorations have won concourse competitions; nationally and internationally.

Brian has been described by Lord Elgin, World President of the 20-Ghost Club, the oldest Rolls Royce Club in the World, as ‘without peer and certainly the best he has ever seen.’

He is also an accomplished artist; one of his aluminum sculptures has been exhibited in the Heidi Museum of Modern Art ‘Cars in Australian Art’ Exhibition. His work also features in the critically acclaimed book: ‘Rare Trades’, which became the subject of a national exhibition commissioned by the National Museum of Australia.

Brian’s projects have been featured in the National Gallery of Victoria in the 2015 ‘Shifting Gear’ Exhibition.

In 2007 Brian established the Auto Horizon Foundation (AHF) which  focused on it’s first concept car project, FR-1, and FR-2 (electric vehicle), which was a concept being advanced jointly with the Auto Manufacturing and Auto Component sector.

The Foundation was an independent, not for Profit entity, which aimed to facilitate the development  and sustainability of the Australian automotive manufacturing industry. It was also set up to inspire young Australians to explore their capabilities through active involvement with the automotive industry; and to direct surplus funds into a select group of charities.

Brian is also a highly-regarded public speaker and is passionate about the issue of the provision of opportunities for students who struggle with an academically focused education system.

“There seems to be this perception out there that working in this industry suffers from the three Ds as we know them in the industry – dumb, dirty and dangerous – but the reality is there are students out there using all sorts of machinery, electronics and diagnostic equipment. Having a place where the community can interact with industry is critical,” Brian said.

After many years in Melbourne, Brian has now relocated to Sydney where he’s thrilled to be bringing his wealth of knowledge to a new state.

Projects and current/past memberships include:

Brian Tanti is an internationally respected restorer and coachbuilder who is widely regarded as a leading voice in the car industry. As a experienced restorer, Brian is a co-presenter of Discovery Channel TV series Car Chronicles.

All Images, video and media published on this web site is the property of Brian Tanti’s workshop P/L and cannot be reproduced or syndicated  without prior written approval of Brian Tanti. 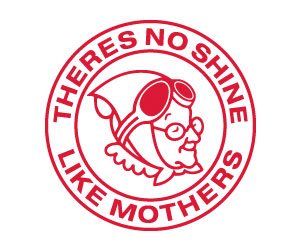