As more companies are striving to increase efficiency and effectiveness in today’s competitive marketplace, it’s critical managers understand the principals of a high work ethic.

With this in mind, Brian Tanti has designed a series workshops using timeless values to help people engage in important issues, such as adaptability and circumspection – as well as learning to improvise in your own work environment.

It’s all about the rich experience of working with your hands – something many might not have experienced since childhood – helping to cement the value of ‘elbow grease’ and hard work, as well as a commitment to working to a high standard.

The Brian Tanti’s Corporate Workshops will have participants engaged in a practical learning experience using a mixture of applied hand skills, intellect and cognitive reasoning – guaranteed to improve awareness and values to help you in the management process.

The Corporate Workshops are all about acknowledging and identifying your goals in the workplace, and how to use these new skills to make the necessary shifts in your work ethic to promote high performance work systems. It’s also a way to focus on mentorship and leadership, motivation and effective communication.

This full-day workshop focuses on using timeless and symbolic values to teach participants about adaptability, improvisation and circumspection. It also takes people on a journey, teaching them how to apply these skills in a work environment. The cognitively rich experience of working with your hands is all about the integration of hard work, elbow grease, ethics and a strong commitment to working to the highest standard. During the workshop, participants will be directed to build a clear vision about the core values that transcend time and culture, to achieve strategic outcomes.

This full-day workshop is focused on team building. It incorporates an organisational development intervention and demonstrates that managers need to better understand team dynamics. It also focuses on the behaviours of individuals within teams to minimise any pitfalls, as well as reinforcing that team decision-making will prevail over individual decisions. The program includes an outdoor lab team intervention, which is aimed at identifying any specific team issues. The intervention gives people the applied learning skills necessary to overcome problems and create success.

This is the perfect workshop for participants wishing to challenge how their organisation operates. In a full day workshop, people will learn how to eliminate what isn’t working and plan new and innovative ways to manage. The workshop begins by identifying the specific parts of the organisation and diagnosing every department and the human resources. The workshop will help identify any flawed issues and give you the skills to help turn your organisation on its head. Next, we begin the redesign process. By the end of the workshop, participants will be provided with a robust and fresh conceptual framework, to better manage their organisations.

The workshop also shows managers the need to examine the behaviours of individuals within teams and team dynamics in proactive ways.

Vision for the Corporate Workshops

Our vision is to lead inspiring and practical workshops that ignite action. We share our belief in innovative change interventions, continuous improvement and collaborative practices to achieve excellence.

“My team includes senior project managers for Telstra, delivering the biggest networks to our corporate and government clients and the fact that Brian’s work can relate to our work is a great thing. No matter what your project is, you need to be clear on your limitations, your goals and your risks. It doesn’t matter what industry you work in, you’ll get something important from Brian’s workshop.” Sal Briganti

Visiting Brian’s workshop and museum was a privilege that was inspiring.

It was great to hear from someone who has achieved so many great things and is obviously a believer in teamwork.

Brian’s talk was inspirational and provided clarity on the prerequisites for a high performing team.

It was clearly the best team building presentation that I have attended in many years.

Sal Briganti on why the Brian Tanti excellence workshop was a fantastic choice for his team at Telstra.

I took my team as a surprise motivational talk with Brian, as a reward for my team. They were thrilled to have a half day off to spend the morning with Brian, even though they weren’t sure what to expect.

The reason I chose Brian’s workshop was due to his attitude towards the quality of his work and his tireless striving for perfection and striving for improvement – to be the best version of himself. That’s something I wanted my team to pick up. One thing Brian said on the day, really resonated well with my team. He spoke about a time many years ago when he was working for Rolls Royce. He said he’d put in a lot of effort and tried his best to produce a panel but he was disappointed and disheartened that what he produced wasn’t what he wanted to achieve. One of the managers had said to Brian, ‘It’s better to aim for stars and land in the mud, rather than aim for the mud and hit your mark.’ He was telling us that story to show that whether you achieve the ultimate result or not, so long as you’re striving for your very best, that’s all you can really ask of yourself.

It was a very strong message that as long as you’re trying your best, you may not always get the result you want right away but if you keep trying, eventually you’ll get there.

Brian’s workshop was great for team bonding. Also the team loved that the workshop was a reward, and that they were in a completely different environment. My team includes senior project managers for Telstra, delivering the biggest networks to our corporate and government clients and the fact that Brian’s work can relate to our work is a great thing.

No matter what your project is, you need to be clear on your limitations, your goals and your risks. It doesn’t matter what industry you work in, you’ll get something important from Brian’s workshop. Any project has similar characteristics to Brian’s work – the fact you still need to scope your project, identify the stakeholders, the parametres and plan the project through the different stages – all projects have the same stages whether it’s a building, a car or a house. So that resonated really well with the team because the skill Brian uses, can be applied to so many different fields.

Also, the fact that Brian is one of the best in the world in his field – it was incredible being able to spend time with him, and the team realised they were privileged. You rarely get exposed to the best of anything, but here we were with an honest, open, raw conversation with one of the best. We also loved seeing what Brian does with his hands. He took a piece of metal and shaped it right in front of us. It was very inspiring for my guys – they came away with so much. It was also such a great surprise as we didn’t really know what to expect. It was so inspiring to hear that Brian started out as a humble panel beater and now he’s one of the best coach builders in the world.

Brian Tanti's Workshop
Brian Tanti is an internationally respected restorer and coachbuilder who is widely regarded as a leading voice in the car industry. As a experienced restorer, Brian is a co-presenter of Discovery Channel TV series Car Chronicles.

All Images, video and media published on this web site is the property of Brian Tanti’s workshop P/L and cannot be reproduced or syndicated  without prior written approval of Brian Tanti. 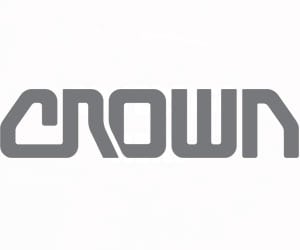